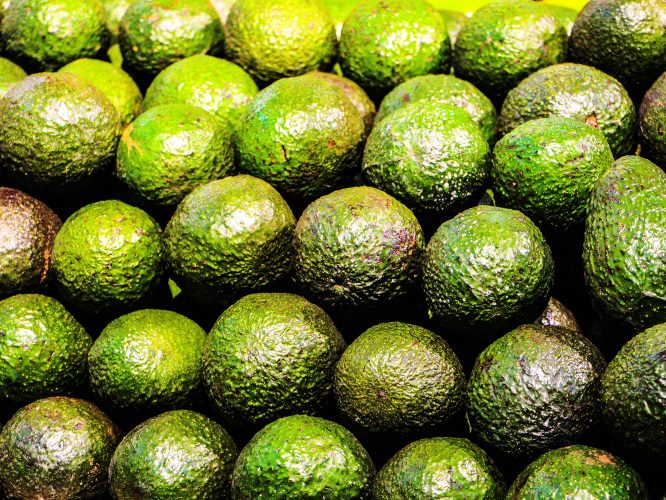 Your co-op sources avocados from Equal Exchange, a certified Fair Trade cooperative! Established in 1986, Equal Exchange is the oldest and largest Fair Trade company operating in the US. The three founding members had backgrounds in food co-ops and spent time thinking of how they could impact the global food industry in a positive way. Those ponderings turned to action when EE formed an alternative trade model. This model allowed for direct trade, established long term contracts, and offered higher prices to small farmers. EE began with small coffee bean farmers in Nicaragua. They have since expanded to include tea, chocolate, bananas, and of course, avocados!

Equal Exchange has partnered with PRAGOR a network of small-scale avocado farmers in Mexico. Michoacán, Mexico is known as the “avocado capital of the world,” and due to large corporate interests, it would be impossible for any one small farmer to compete. By linking together and through the work of Equal Exchange, these small family farms are able to produce quality avocados sustainably and fairly.
Many avocados grown in South America are done so under the umbrella of large international produce companies. They own the land, they horde the profits and the people and communities surrounding the fields are impoverished. Produce corporations often pay low wages, require long days in unsafe conditions, and when workers do get paid, much of their paycheck is spent at company owned stores with inflated prices, or to bunk in company owned hostels if laborers have a long way to travel home with little time between shifts.

PRAGOR and Equal Exchange are changing this. The 18 farmers that make up this collective each own between 10-15 acres of land, all of it organic. One of PRAGOR’s farmers was inspired to go organic once he saw the harmful effects of agrochemicals and fumigation in his son, who was diagnosed with cancer at age 4. After his son made a full recovery, Rafael Figueroa Castro committed to organic farmland and has worked to convert the farms of his family and friends as well. Fair Trade certification has also impacted the quality of life for not only avocado farmers but the communities in which they grow. When consumers choose a Fair Trade product, a premium from each item is given directly back to the community. All over the world Fair Trade agriculture has contributed to improving education, healthcare, and water sanitation; among other projects.

Another major benefit to buying Fair Trade is the fixed pricing associated with it. Producers in the Fair Trade system are guaranteed a minimum price for their product. This allows them to better budget for their business and makes them less susceptible to market fluctuations.