A (Incomplete) History of Co-ops 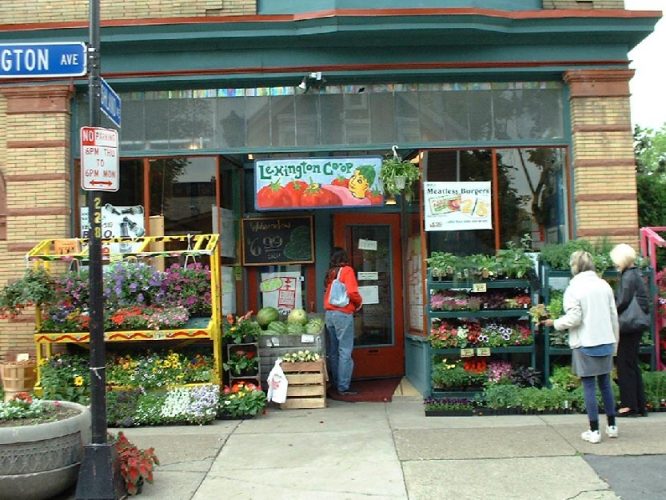 This is the start of a timeline, but we know there is a lot more to add about the Co-op movement in Buffalo and beyond! Do you have pictures? Information? We would love to hear from you. Please email amanda@lexington.coop and help fill our timeline out.

One of the first instances of co-operation recorded was the Free African Society in Philadelphia, Pennsylvania. Founded by predominantly former slaves, the society began as a philanthropic group helping the poor, windowed and orphaned in the community. While the society was not a co-op in the same sense as Lexington, it does share many of our cooperative principles such as voluntary membership, democratic control, concern for community, education, training and information, and member economic participation.

The Rochdale Society of Equitable Pioneers were a collective of laborers in Lancashire, England. Out of work and struggling during the Industrial Revolution these men formed together to create the first consumer food co-op. Their shop sold oats, sugar, and candles to start. The Rochdale Pioneers were also credited with creating the seven cooperative principles that Lexington Co-op operates under today. We celebrate the birth of consumer co-ops on Rochdale Pioneer’s Day- December 21.

This African American food co-op opened in 1889 in Memphis Tennessee. Just 27 years after the end of the Civil War, eleven prominent African Americans joined together to open their store just blocks away from successful white grocer William Barrett. The events that unfolded between March 2-8, 1892 were a series of street fights, attacks, mobs and riots between People’s Grocery and the Barrett’s store. The undercurrent of these brawls was that Barrett felt his business was being threatened and the co-op owners were conspiring to put him out of business. The ruckus lead to three of the co-op owners being jailed at the Shelby County Jail. On the night of March 9, 1892 nine white men infiltrated the jail and dragged the three men from People’s Grocery to a nearby rail yard. There they were publicly lynched.

Prominent socialist and activist W.E.B. Du Bois published “Economic Co-operation Among Negro Americans” in 1907. His studies recounted the history of co-operation in African culture and how that culture transferred through to the creation of the Underground Railroad in the US. After the civil war Du Bois advocated for economic segregation among the races and believed the best chance African Americans had at autonomy and self-sufficiency was to work together through co-ops. Undoubtedly there were many instances of African Americans forming co-ops throughout the US during the years following the Civil war but many of these were secretive. Communities learned a harsh and tragic lesson from the men of People’s Grocery.

Starting with a small storefront on Lexington Ave here in the city of Buffalo, Lexington Co-op opened its doors with 17 founding members. Banding together to buy in bulk, our original owners were driven by the need for access to organic and natural foods in the city. We bumped from Lexington to Elmwood and back to Lexington before building our landmark store at 807 Elmwood in 2005. After 373 community members invested more than $2 million in our Capital Campaign we were able to open a store on Hertel Ave in 2017.

Check back for more co-op history as we add to this post. Do you have something to add? Email amanda@lexington.coop