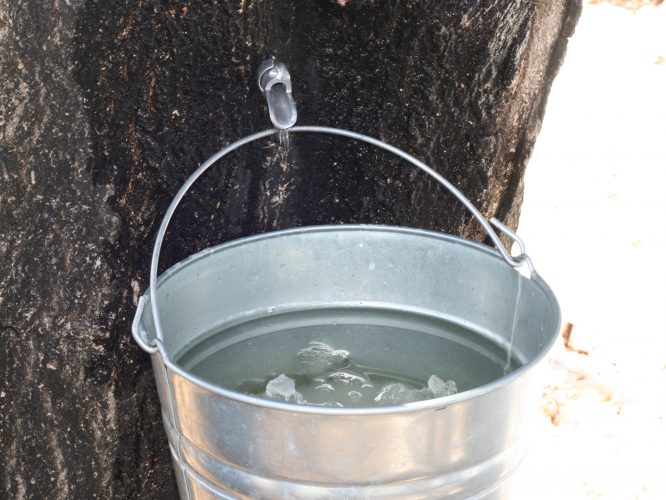 New York State is one of the nation’s top maple producing states with over 2,000 farms. The climate of New York is what makes it the ideal place to set up your sugar shack. Freezing winters allow the trees time for sap to produce within their trunks and the area’s strong spring thaw gets the sap a-flowin’. An ideal maple syrup season has cold nights followed by warm sunny days to keep the trees producing.

Sap is collected by tapping the trees with metal spouts. Many farms hang buckets under the spouts to collect the sap while others use tubing to run the sap into one large vat. The watery nature of sap makes it flow easily from tree to tap but on the other side it takes more than 40 gallons of sap to make just one gallon of maple syrup. Sap is taken to the sugar shack for the next step in the process. These sweet smelling saunas are where the sap is boiled until the water is evaporated. What remains is syrup that has a 66% sugar content (legally making it maple syrup!).  It’s off to bottling,  before its final stop atop your flapjacks! 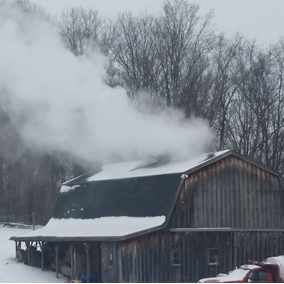 Maple syrup used to be graded A, B, or C based on its color. However, a few years ago the grading system switched and most commercially consumed maple syrup is given an A grading. Use this guide to understand how syrup is now being graded. Lighter colored syrup is produced in the early spring when the sap is lighter. As the trees warm up through the spring the sap runs darker creating a darker brown syrup and a richer maple flavor. At the very end of the season Grade B syrup is produced. This is heavy, thicker syrup that is most commonly used in commercial cooking. 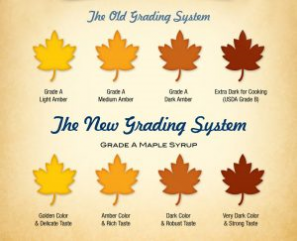 You’re probably thinking of piling some pancakes high and drizzling them down with some syrup right now- but wait! Here are a few other ways to get your maple fix this season…

It’s Local at Your Co-op!

The Ulinger family from East Otto, NY has been in the maple business for 30 years. They tap more than 10,000 trees  and produce more than 4,000 gallons of maple syrup each year. 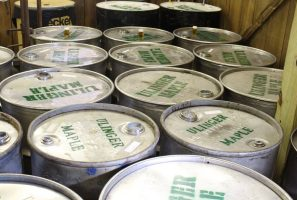